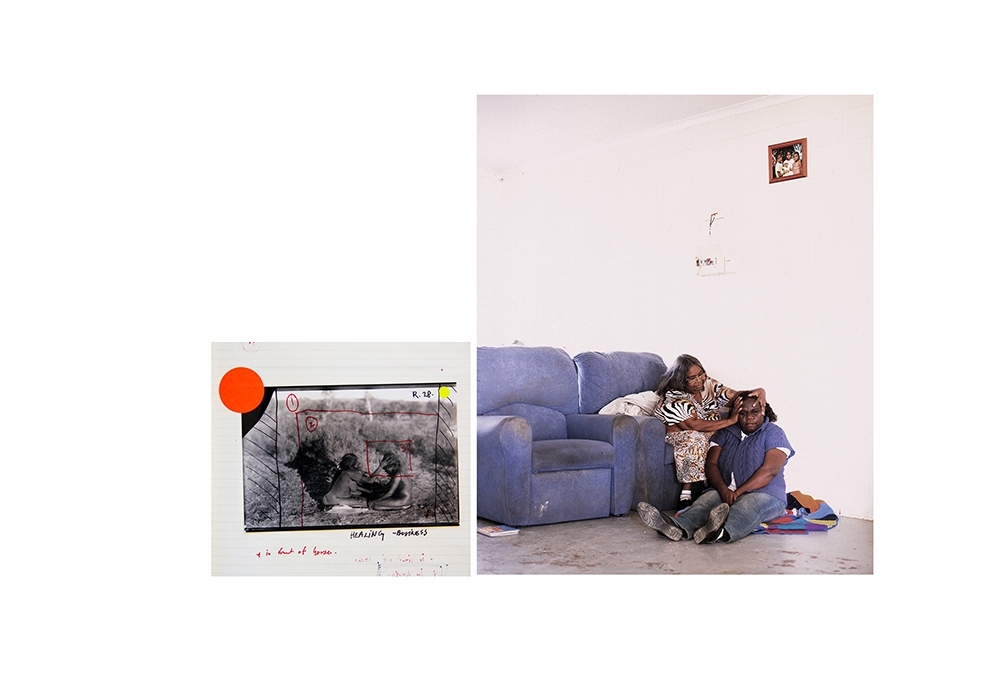 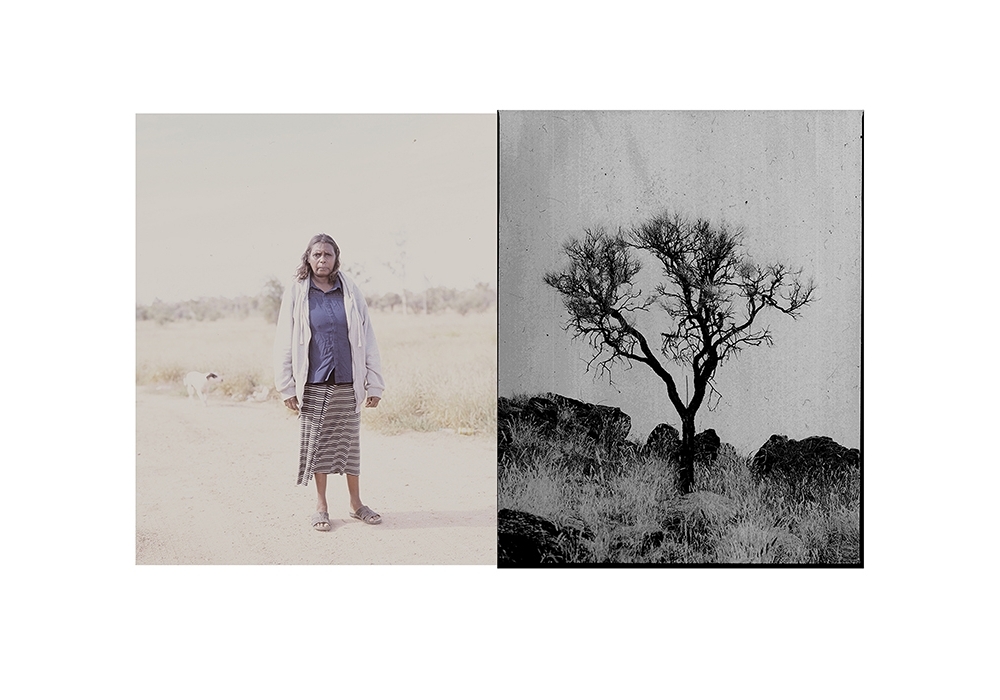 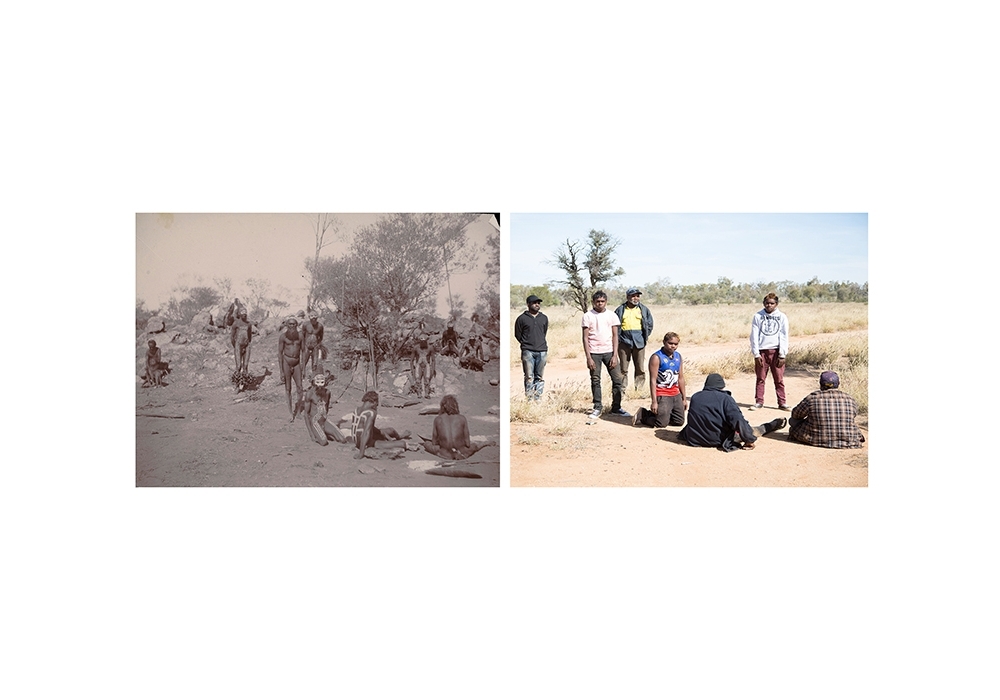 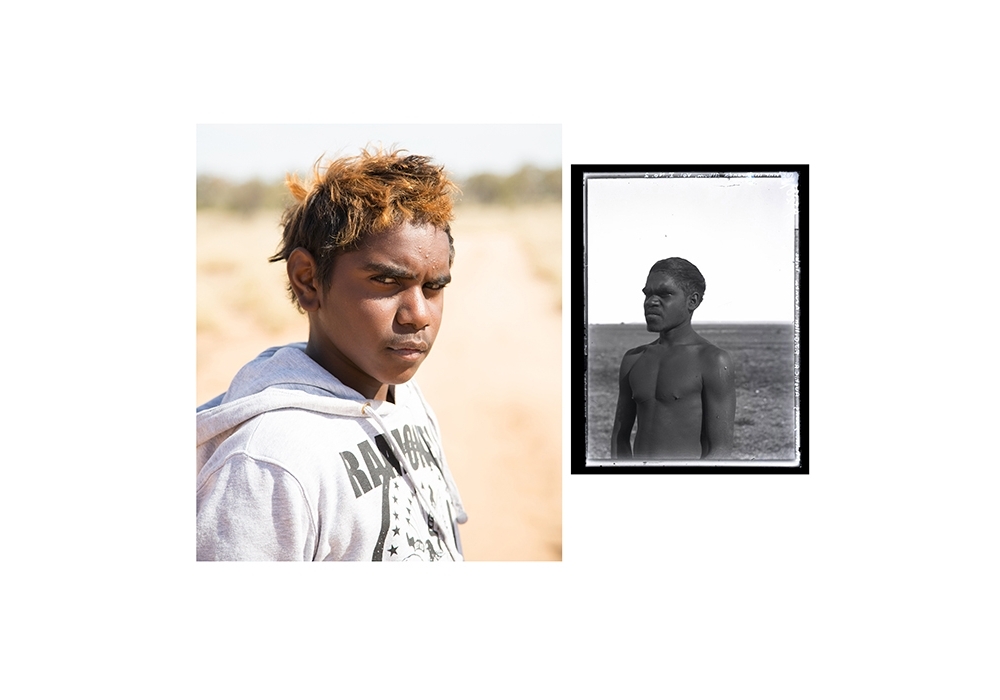 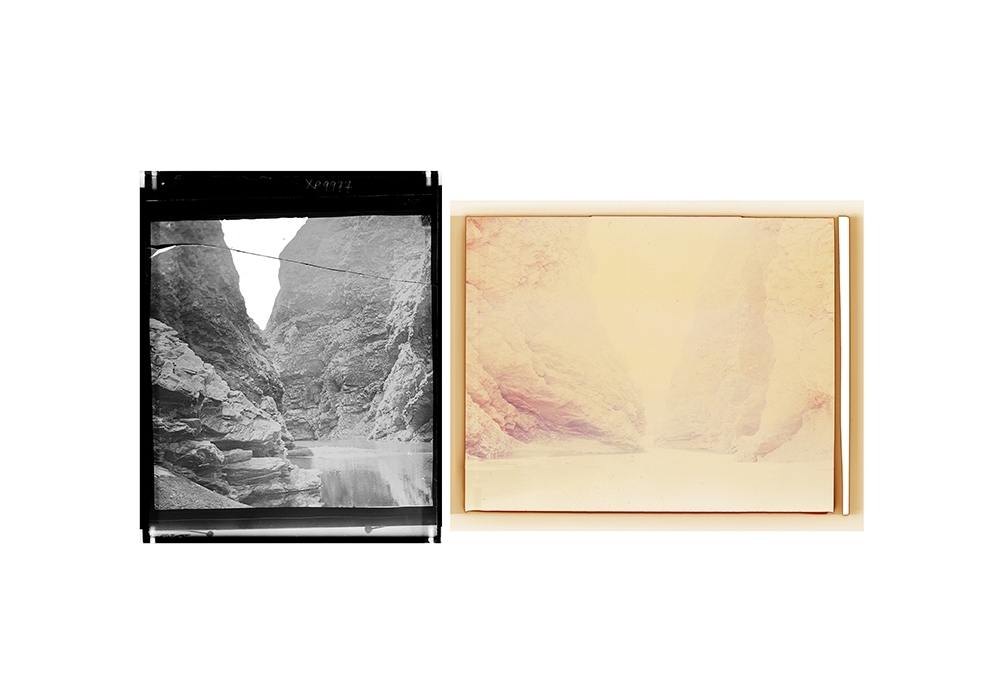 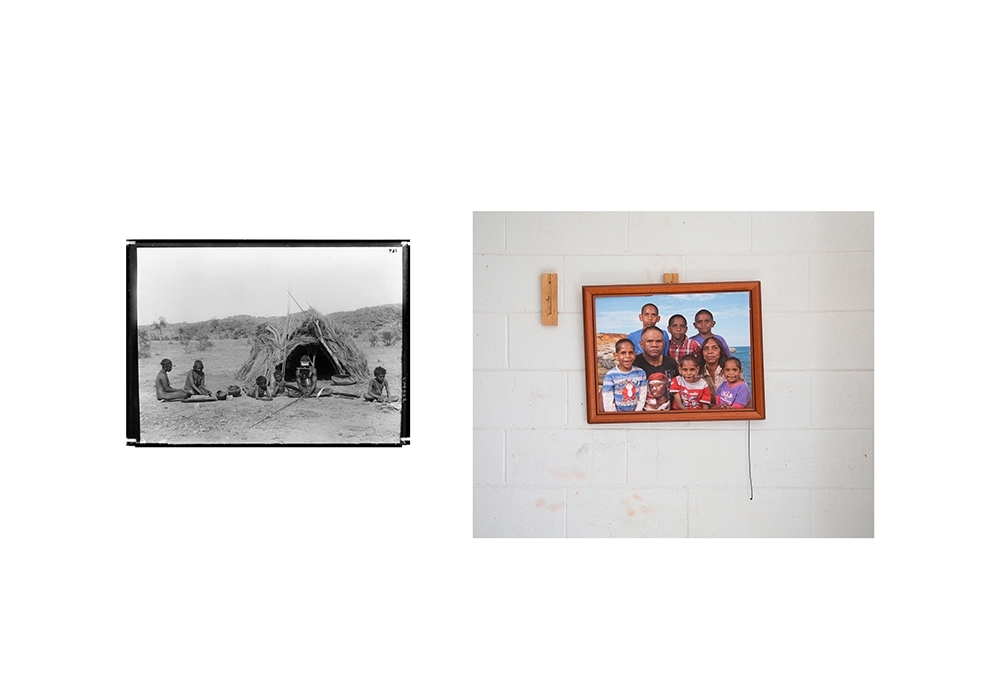 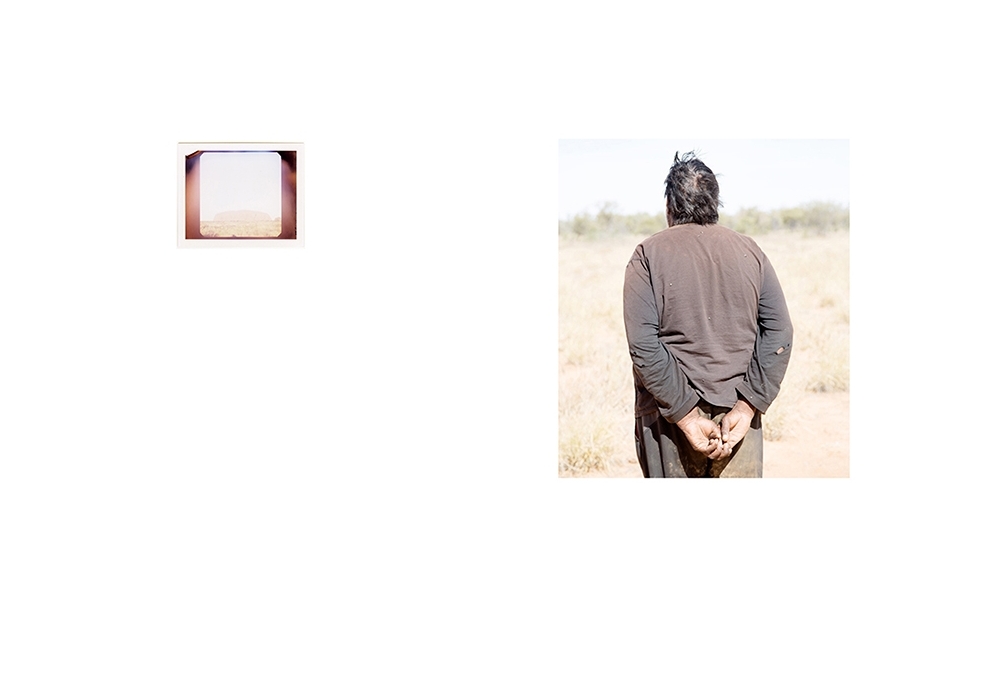 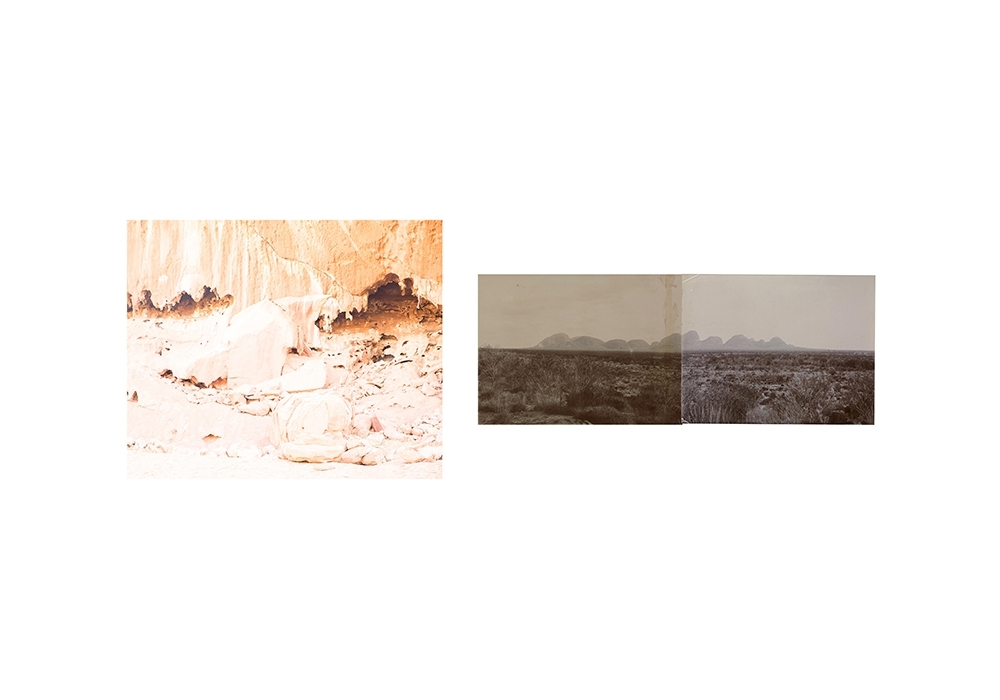 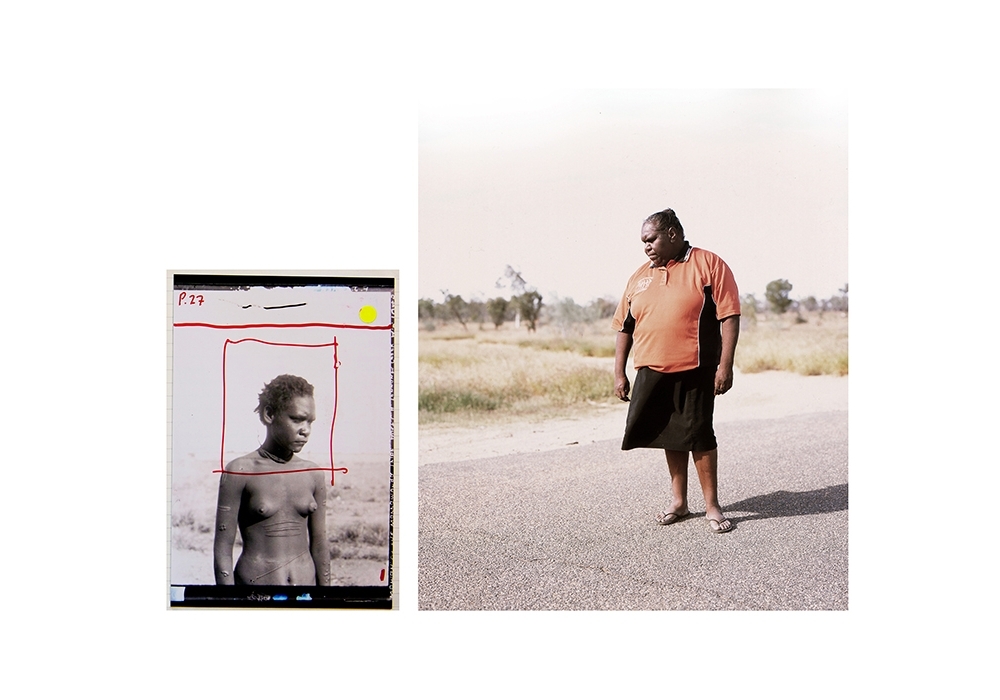 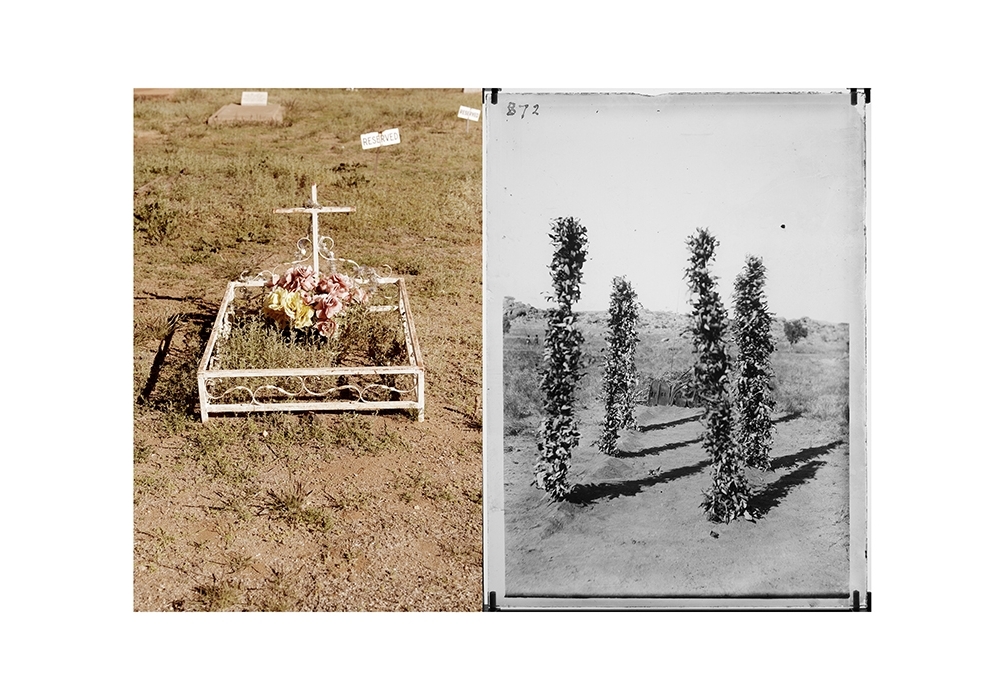 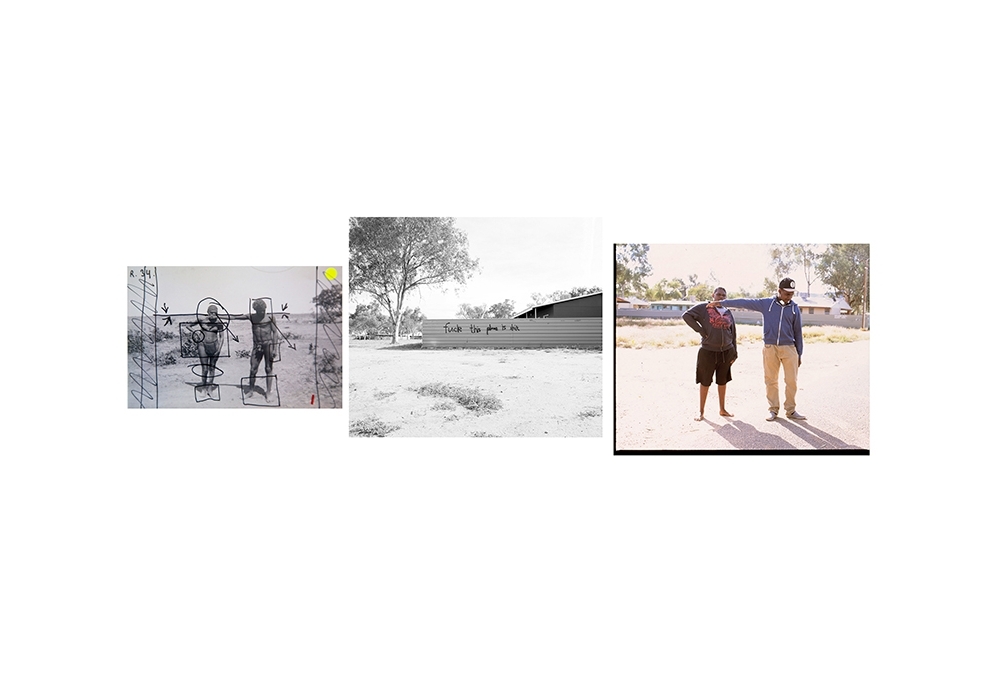 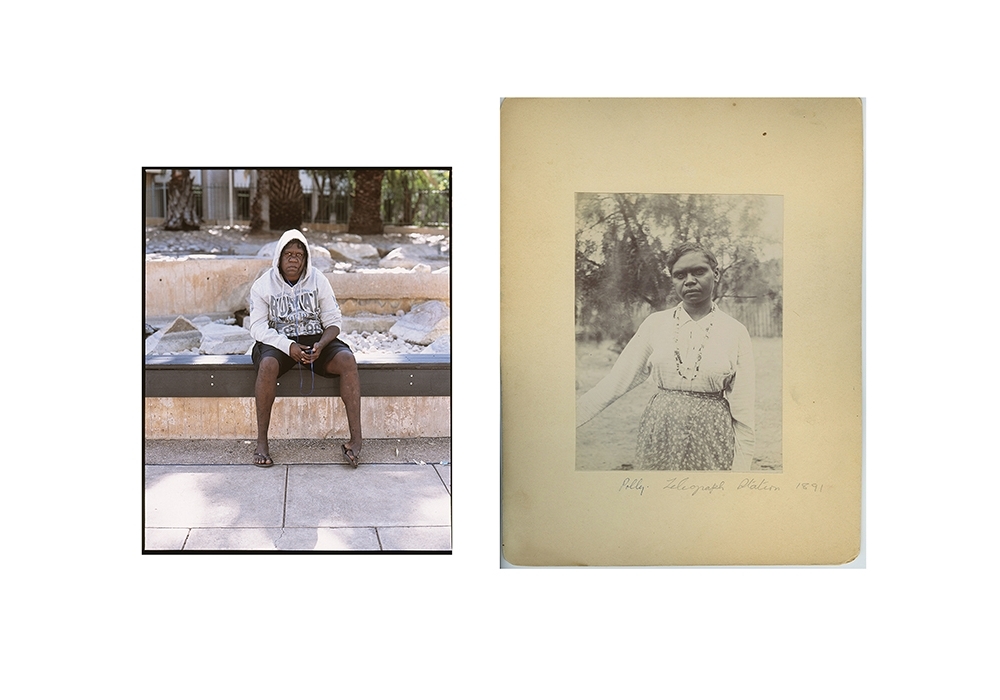 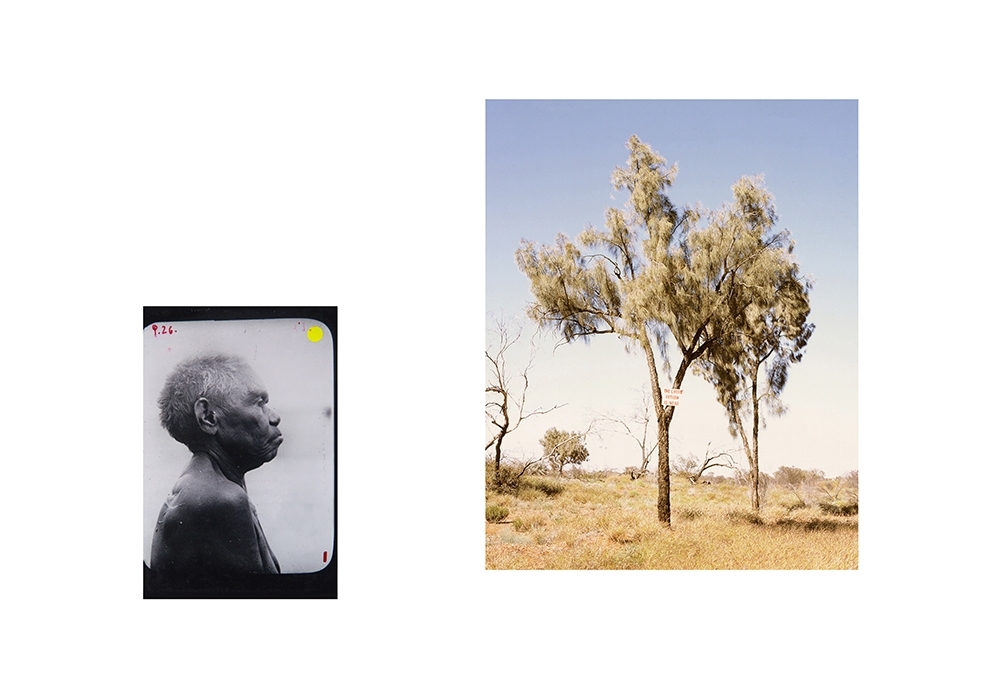 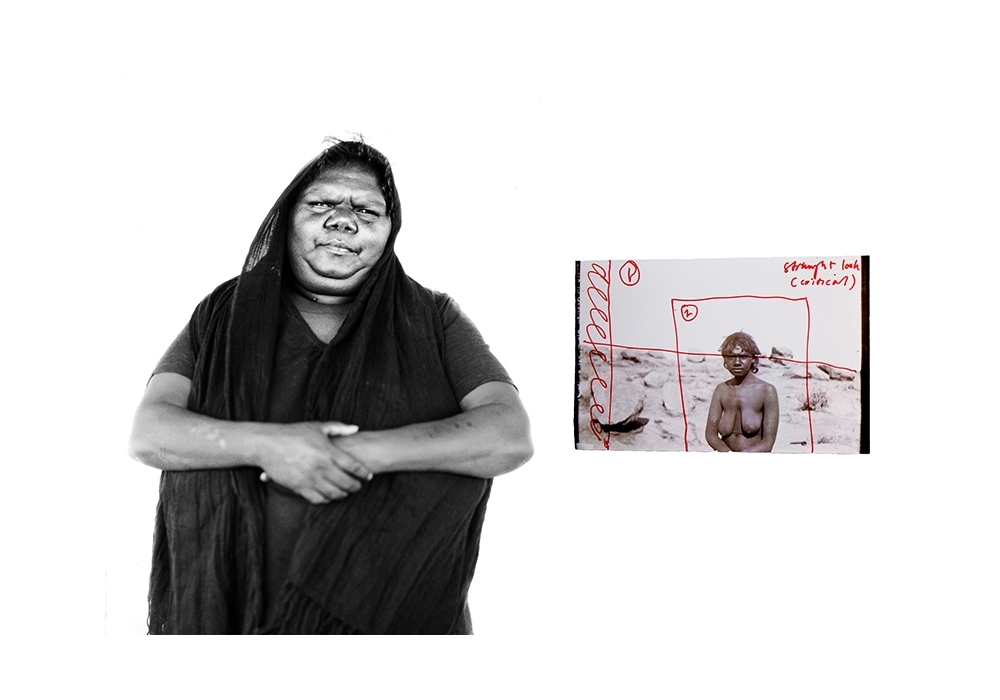 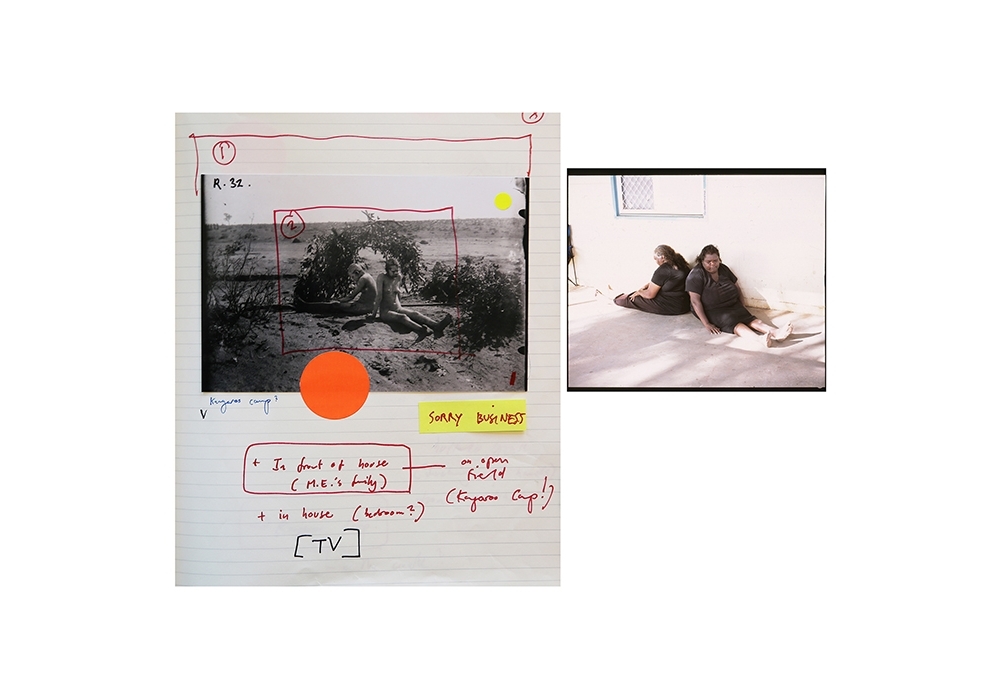 Re-enacting the Spencer & Gillen photographic archive
(Temporal Dialogues #1)
In May and June 2014, I was working in Central Australia, trying to creatively re-enact elements of the renowned photographic work of anthropologists and photographers Frank Gillen and Baldwin Spencer, who produced one of the most influential records of aboriginal life over a period of 40 years between 1875 and 1912.

I wanted to revisit their cardinal work, and use it as a point of departure for a contemporary dialogue about how we see and represent the Other. This idea was not so much born from a desire to critique their somewhat dated evolutionary views, but rather from the discomforting discovery that my own photographic work is also marked by what I have come to understand as a stereotypical view on the Other.

Contrary to the practice of most photographers, my main ambition was not simply to produce good images but perhaps more so to employ photography as a collaborative and improvisational practice for opening up dialogue and, ultimately, produce or generate qualitative knowledge in the dynamic junction between the archive, the field, my interlocutors and I. Ultimately, I wanted to create a space within which the people in front of the camera were invited, even encouraged, to perform themselves or a version of themselves, thus making themselves into contemporary archetypes or even stereotypes, but not of my fantasy alone. What emerged were both dramatic moments of discussing and subtle gestures of hands, ambivalent gazes and the unforeseen gifts of improvisation and coincidence, as I would discover later in the editing process when comparing originals and re-enactments.

What I hope to eventually facilitate, once forthcoming comparative interventions involving re-enactments of archival photographs in the Brazilian Amazon (April-June 2015) and Far Eastern Siberia (October 2015) are completed, is an ethno-aesthetic technique for cultural critique, which merges the disciplines of artistic practice and ethnography in a way that acknowledges the crucial importance of experimentation and "mistakes" as productive elements in contemporary art and knowledge-production. The end product is a three-volume publication containing material from the three journeys, including a series of anthropological essays and a collection of video works.